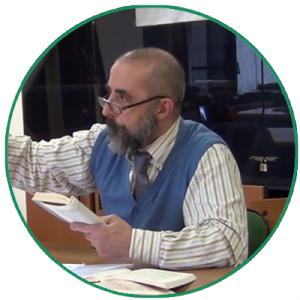 Piero Vereni is associate professor at Roma Tor Vergata (where he teaches different courses in Cultural anthropology) and contract professor at the Roman campus of Trinity College (Hartford, Connecticut), where he teaches “Urban and Global Rome”.
He earned a PhD in cultural anthropology in 1998 at Sapienza University of Rome doing fieldwork among Greek Macedonians in Western Greek Macedonia (June 1995- February 1997). His other fieldwork abroad (1998-1999) was on the land boundary between Northern Ireland and the Republic of Ireland. He’s now working on ethnography of globalization in Rome and economic anthropology issues related to foreign immigration in Rome.